In the modern chicken industry, the incidence of chicken leg disease has increased, which has become a problem that cannot be ignored. At present, some chicken farms (households) lack sufficient knowledge and understanding of chicken foot disease, and often do not pay attention to it, and can easily lead to misdiagnosis and mistreatment, resulting in unnecessary economic losses. According to the author's multi-year clinical practice and the clinical experience of many colleagues, the causes and similar symptoms of the common leg foot disease in chicken production are summarized below.

1.1.1 Vitamin B1 deficiency Chickens often suffer from sudden onset, rough feathers at the beginning, weak feet, sitting back to the ground, followed by legs, wings, and neck spasms. The diseased chickens fly to the hocks and tails and head backwards, showing "stargazing" "posture. Sometimes lying on the side, head backwards. Adult chickens have a slower onset, unstable gait, and progressive delirium.

1.1.2 Vitamin B2 deficiency occurs frequently in chicks 14 to 30 days of age. The chicken's toes are bent inwards, especially in the mid-toe. The legs cannot stand and the hock is on the ground. When barely moving with hocks, the wings are often spread to maintain body balance.

1.1.3 Vitamin D deficiency Chicks are more prone to rickets, showing impaired bone development, especially the most prominent leg bones and ribs. Common bone bending weakness, fractures, bone cartilage expansion and so on. The laying hen's sternum is softened, and the feet and wings are easily broken. Sometimes the feet are paralyzed and shaped like penguins.

1.1.4 Vitamin E Deficiency Diseases The chicks contract downwards or twist to one side, while others head backwards. Unsteady gait, sometimes washed forward or sideways, was like "drunk." Paroxysmal cramps on both legs, incomplete paralysis.

1.1.5 The lack of growth of choline is slow, swelling of the ankle, bending of the foot to the side, flattening of the joints of the sacrum and the phalanges, shortening and twisting of the sacrum, and fatty degeneration of the liver.

1.1.6 Biotin lacks dermatitis, cracks and bleeding in the soles of the feet, and moulting around the corners of the mouth. Mild bone shortening sometimes occurs.

1.2 The imbalance of minerals and trace elements

1.2.1 Ca, P deficiency and imbalance in the proportion of chicks, rickets, showing poor growth and development. The legs are weak, the gait is unstable, the legs become brittle and easy to break, the toes become soft and easy to bend, the ribs are beaded, and the sternum is S-shaped.

1.2.2 Manganese deficiency causes bony bruxism, characterized by enlargement of the sacroiliac joint, twisting or bending of the distal radius and the proximal tibia, and finally the gill muscle tendon slides off from its ankle.

1.2.3 The deficiency of selenium often occurs at the same time as the deficiency of vitamin E. The diseased youngsters show weakness and weakness of the whole body. The feathers are loose and the wings are sagging, and the legs paralyzed and the lying ground cannot afford.

1.2.4 Zinc deficiency is slow, swelling of the ankle, and scaly skin.

1.3 Protein content in high-protein diets is too high, especially if the lysine content is too high, it can induce the occurrence of chicken leg disease. The diseased chickens were left standing, the joints were swollen and painful, and the activities were difficult and lame. The severe cases were paralysed.

2 Diseases related to legs and legs

2.1 Staphylococcal arthritis is more common in older young chickens and adult chickens. The sick chickens are crouching, limping, lying or lying. Feet and wing joints are swollen and swollen, especially with swollen tendon and toe joints. Toe tumors are sometimes seen and the soles of the feet are swollen.

2.2 chronic Pasteurellosis lesions are often confined to a part of the body, such as swelling of the meat on one or both sides; nasal mucus, sinus enlargement, throat accumulation of secretions; arthritis, joint swelling, suppuration, lameness Wait.

2.3 Infectious synovitis bacteria mainly invade the synovium of the ankles, ankles, and footpads. In severe cases, the synovium can spread to other joints, causing exudative synovitis, synovitis and tenosynovitis. The sick chickens were difficult to walk and lame, and the gait was "eight" or stepped on a squat. The joints are swollen and deformed and large blisters appear on the chest.

2.4 Pseudomonas aeruginosa body temperature, movement disorders, trembling, lying in the ground, swelling of the ankle, the disease legs of the chicks and abdomen were green skin, paw purulent ulcers, the formation of scabs, stripping the sepals Green pussy can be seen.

2.5 Aspergillosis chicks often exhibit acute outbreaks with high morbidity and mortality rates ranging from 1% to 50%. A small number of diseased chickens have caused neurological symptoms such as ataxia, opisthotonus, paralysis of legs and feet, etc. due to pathogens invading brain tissue.

2.6 Chicken gizzards can sometimes cause skin irritation and rough growth. After the inflammatory exudate has dried up, it forms grayish or gray-yellow scab, the foot is swollen, and the appearance is like lime-like. Commonly known as "lime foot disease". A long time can occur arthritis, phalangeal necrosis, difficulty walking.

2.7 Elderly people with Newcastle disease sometimes have neurological symptoms, systemic muscle movements are not coordinated (especially leg and head muscles), head and neck squint to one side, or dorsiflexion. Sometimes chickens have unstable gait, ataxia, circular motions, or backwards; sometimes the wings are paralyzed and the hind limbs are paralyzed and unable to stand.

2.8 The Marek's disease neurogenic type is often incomplete or completely paralyzed. The legs are in a frog-like posture, with head and neck skewed or drooping. The sciatic nerve becomes yellow or gray, sometimes edematous, with a local or diffuse thickening.

2.9 Viral arthritis occurs in broilers and is characterized by arthritis, tenosynovitis, and rupture of the gastrocnemius. In the early stages of the disease, the gait was slightly abnormal and gradually developed into a limp. He sat on the ankle and moved only when he was driven. Ankle joint swelling can not move, the limb can not be stretched, can not afford to bear weight. During a longer course of illness, a typical squatting gait appeared, with the affected limbs turning outwards and stunting. 2.10 Poultry Infectious Encephalomyelitis disease gait abnormalities, bilateral movement disorders or incomplete paralysis. Sometimes the feathers are loose, and the nerves in the head and neck are trembling. When frightened, they swing and squat and even lie down. Sometimes sitting in a dog position, the ankle and cheekbones support the body to move around. With the progression of the disease, the muscles in the legs become paralyzed and they cannot walk and are completely paralysed.

3 Leg and legs related to environmental and genetic factors

Skeletal deformation caused by genetic factors occurs in bred breeders and hybrid breeders, and may also be caused by congenital thyroid dysfunction.

In short, the cause of chicken leg disease is extremely complex, and it should be highly regarded and carefully identified. In particular, legs and legs caused by infectious diseases need to be diagnosed according to pathological changes and laboratory diagnosis.

Goji Berry is a kind of super food and also a kind of herb, which planting and eating history in China over 3000 years. Starts from the Ming Dynasty in China, the goji berries is serves as a precious tribute only for the imperial edible. Into the modern, goji berry as a popular daily nourishing products, in China is regarded as "longevity fruit." 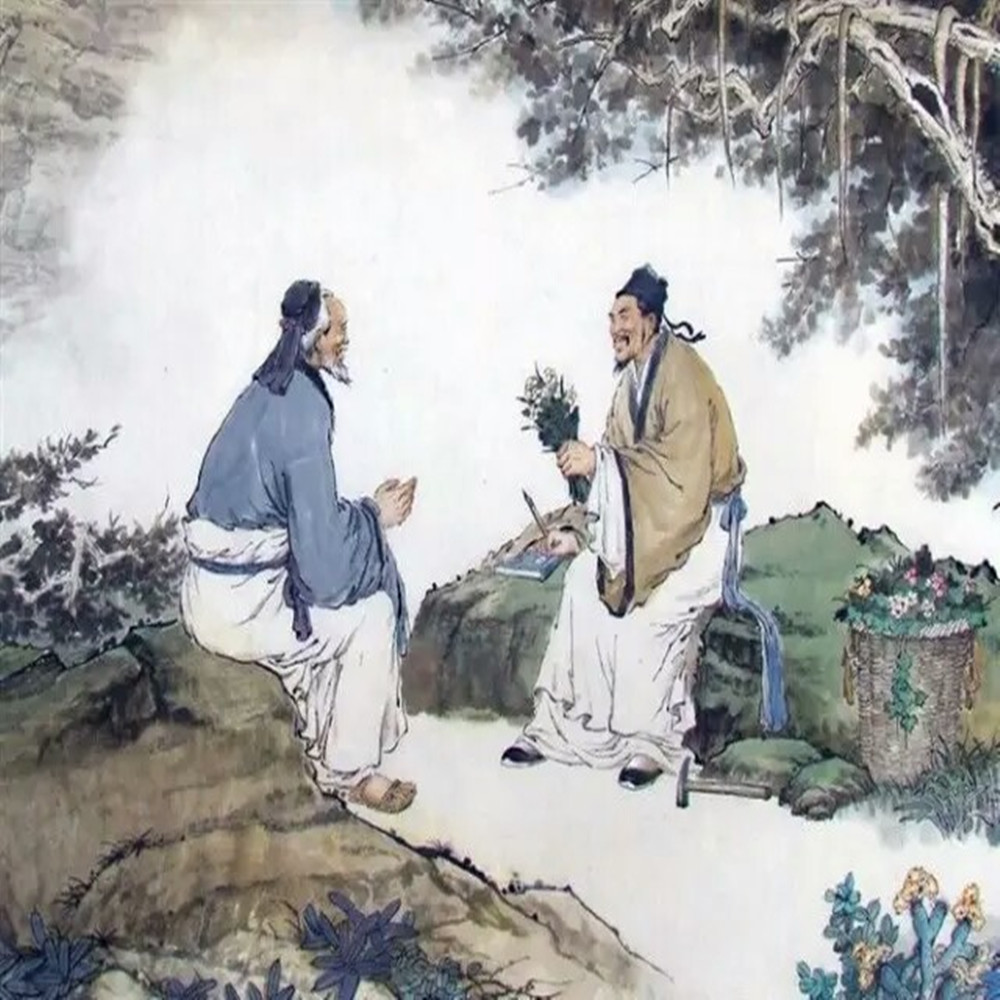