1. In order to remove the manure waste in the house, special attention should be paid to the faeces and sewage in the dead ends. Keep the faeces as dry as possible and clean up once a day as much as possible. Do a good job inside and outside the clean and regular disinfection. Dispose of the removed feces properly, remove them in time and perform harmless treatment. Waste litter and dead animals in the yard should also be properly handled.

2. Spray spraying with L-permethrin on all walls, aisles, ceilings, doors and windows, material levels, feed barrels, drinking fountains and other places where flies may live. The effective period is 45-60 days.

3, regular environmental disinfection. Using a disinfectant containing chlorine, the special odor of chlorine is used to disperse the flies.

4. Add 5 to 10 ppm of cyromazine in the diet. Follow instructions for feeding. Feed for 4 weeks every week or continuously. Cyclomethamine is fed to animals through the feed route. It is basically not absorbed into animals and most of them are excreted in the form of drugs with the feces and distributed in the animal's feces, directly blocking the nervous system of larvae. The development of larvae (cockroaches) can not cause direct skin death, so that fly maggots can not be transformed into flies, play a complete fly killing effect in the feces, can fundamentally control the production of flies, to achieve the purpose of complete control of flies. Cyproxazine must be mixed evenly with a step-by-step mixing method; use it promptly before the start of the fly season in mid-April.

The cultivation of Conventional Goji Berry using the usual modern and traditional agricultural technologise. In Ningxia China you can see thousands of acres of goji berry cultivation base. In June each year, the goji berry trees bear agate-like fruits. After a series of machine processing, nutrition-rich Fresh Goji Berries are processed into the dried goji berrise for easy storage and transportation. Finally through the dealers like you and me, the magic goji berries into the plates around the world.

Goji Berries are all the rage in the food world right now for their exquisite taste and vast health benefits, deeming it one of the world`s few Super Fruits. It has been said that the Goji Berry is chock full of anti-oxidants that help reverse the aging process, and for that reason it has become so popular in the world. Though they sound exotic and are most often found with a high price tag in health food stores, Goji berries are actually easy to grow hardy plants. They taste like a blend between a cherry and raisin and are totally seedless. They have been used for over 5,000 years by traditional Chines and Tibetan cultures. It contains more iron than spinach and even more protein than whole wheat per serving while high in vitamins, minerals and anti-oxidants. But unlike most of the other Super Fruits, this is winter hardy to minus 20F. 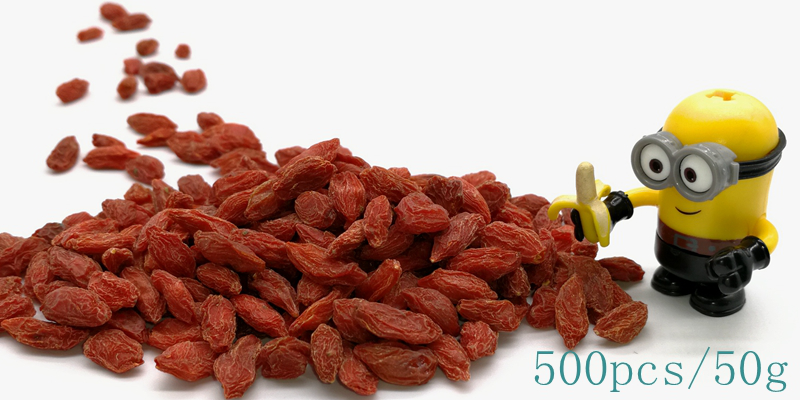