The abnormal sound of the engine is mainly caused by the wear and looseness of the internal parts, improper adjustment, or improper use. It means that the engine has large or small faults. It should be diagnosed in time and effective preventive maintenance measures should be taken.

First, the initial diagnosis, determine the impact of abnormal noise on the engine

In many complex engine sounds, it is first necessary to determine which are normal sounds and which are abnormal sounds. Which of the abnormal noises have little effect on the working conditions of the engine is allowed to exist temporarily; which ones are not allowed to continue to exist, they must be eliminated immediately, otherwise it is more likely to cause greater harm.

1. If the sound is slightly simple when the engine is running at a low speed, the roar sounds even and smooth during high-speed operation, and it appears as a smooth transition during acceleration and deceleration, which is a normal sound.

2. If the sound is only present at idle speed, it will disappear after the speed is increased. There will be no noticeable change in the sound during the entire use. This is an unusually noisy sound that allows for temporary existence and should be repaired at the appropriate time.

3. If the sound is suddenly accelerated or suddenly decelerates, and when the engine does not disappear during the medium and high-speed operation, and the organic parts vibrate at the same time, then this is an abnormal sound that is not allowed to continue to exist and should be checked immediately. Explain why and exclude it.

4. If the sound suddenly appears during the operation, and if it is more violent, it should not be continued or diagnosed by trial-and-error. Instead, it should be immediately shut down for inspection. Generally, the oil pan is disassembled first, and then the cylinder head and the valve chamber cover are removed.

Second, careful analysis, and then identify the site, cause and degree of abnormal sound

1, for abnormal sound during idle or low speed operation

(2) Gradually increase the engine speed, hear whether there is any abnormal sound, and judge the degree of wear of the moving parts based on the change of the abnormal sound with the speed.

(3) In the process of diagnosis, attention should also be paid to observing the effect of changes in engine temperature on abnormal noise.

Through the diagnosis of the above-mentioned several processes, the relationship between abnormal noise and engine load, work cycle, rotation speed and temperature can be basically ascertained. If the abnormal sound matches certain abnormal sound characteristics, a final diagnosis can be made.

2, for the abnormal sound during high-speed operation

(1) The engine speed is gradually increased from low speed to high speed operation. In this process, pay attention to the timing of abnormal sound.

(2) When abnormal noise occurs, it is stable at this rotational speed and the abnormal noise is carefully observed. Sometimes abnormal sound may occur only in the case of sudden acceleration or rapid deceleration, then the speed of the engine should be rapidly changed to find out the timing of abnormal sound.

(3) In the process of diagnosis, attention should also be paid to the accompanied phenomenon change of oil pressure, oil filling port, exhaust pipe, etc., to assist in diagnosing the malfunction, and to reach a final diagnosis.

3, for the abnormal sound during driving

The engine abnormal noise in driving can generally be reflected after the engine is stopped in the same speed, which leads to the diagnosis of abnormal noise. But sometimes there are exceptions, unusual noise in the car, after stopping, the engine running at the same speed, but no longer appear this abnormal sound, then you should change the speed of rapid changes, generally can make abnormal sound. Then find the reason and draw a final diagnosis.

3. The armrests can be moved 90 degrees up and down, and the chair can lie 130 degrees.

5. The chair armrest is equipped with a small tray

The 7.7-color LED lights are changed one by one in the water, and the foot pads can be raised and lowered. 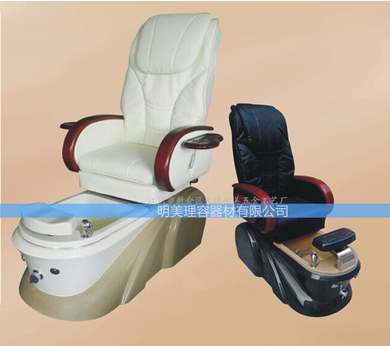